The Good, The Bad And The Nothing by Alex Carlson

The progression of ecig advocacy in Minnesota has been a most definite uphill battle. I first picked up an ecig in August of 2013. At that time, there were only about a dozen shops located in the metro area, and few people had even heard of one. While there were no laws about their use at the time, somehow the anti-ecig people had a head start because they had declared any liquid containing nicotine a tobacco product in our state. Advocacy groups were also few and far between in the entire US.

The first city in our state to ban ecig use in public indoor areas was Duluth. With an organization that comprised of less than a dozen people, the Minnesota Vapers Advocacy (MNVA) fought to get letters written to the city and we were fortunate enough to bring in Gregory Conley, with the help of CASAA. To no avail, the city council was already set on their decision to pass the law with no verifiable reason.

Our struggles continued in various cities and counties across the state with many deciding to ban ecig usage in public places, but most still decided to allow the use of ecigs in stores.

While this allowed the sale of ecigs to continue, it was a huge loss to the visibility of ecigs in public. When vapers are forced to stand outside with the smokers it gives an image that ecigs are just as bad for public health as traditional tobacco cigarettes. In fact, I’m sure most vapers have even heard someone at random say something along the lines of “I heard those are even worse for you than cigarettes.”. And, this is a huge loss for public health.

While the general direction of laws being passed wasn’t a complete loss, the participation of MNVA members grew exponentially within the first year. The gatherings grew larger and larger as we packed medium sized restaurants. The state of Minnesota had decided to chase after adding vaping to the clean indoor air act. As the MNVA grew and the state pushed their agenda, many of the shops were fighting each other for territory. The president of the MNVA (Matt Black) struggled to ease the fighting and create a unified front. Brought together under one roof, the Independent Vapor Retailers of Minnesota, our lobbying organization, was formed.

Hundreds of e-mails poured in to their legislators about the issue and the MNVA/IVRM scored their largest victory in early 2014 when Minnesota decided to only ban the use of ecigs in government owned buildings, hospitals and daycares. This left the rest of the privately owned buildings in municipalities that didn’t already have laws to decide on their own if ecig use should be permitted on their premises. When there is no proof that harm exists, LIBERTY SHOULD BE ALLOWED.

I’ve heard that nearly everyone in ecig advocacy that is unpaid will eventually be so overwhelmed that they burn out or will find a path into the business. The president of the MNVA retired from his position as he chased his own sales in e-liquid. There was no love lost there, however. The countless hours of advocacy for an entire year was completely voluntary. The MNVA was left to a very capable successor (Jason Downing), whom you may recognize working with the Not Blowing Smoke organization today.

Late in 2014 Minnesota suffered it’s greatest loss in advocacy when the city of Bloomington (home of the mall of America) banned indoor vaping in all business establishments. Included in this ban was one of Minnesota’s oldest vaping store fronts, Smokeless Smoking. One year prior to the ban, Smokeless Smoking had an expansion passed by the city allowing it to become more than double it’s current size and added many features to allow for a lounge. The business was frequently a place for many to find help with their ecig and provided a safe place out of the general view of the public for vapers to commune. Now that vaping has been banned in this shop, it is typically empty as it’s customers must walk across the parking lot 25ft away from the entrance to use their ecig.

Later on that winter, Minnesota proposed a new tax on vapor products. While companies across the state grew in number that supported our lobbying organization, the amount of vapers that were not affiliated with a shop decreased, still affected by the recent devastating loss in Bloomington. The lobbying organization managed to beat back the bill, and it fell as the session ended. There have not been much for vape meets held in Minnesota since the spring of 2015. This is partially due to many leading advocates focusing attention to the FDA deeming regulations, and partially because vapers are running out of cities in our metro area that allow vaping indoors.

While indoor vaping bans have continued largely to allow vaping in the vape shops, the visual exposure to the general public has been minimalized, and vapers have been sent out with the people who smoke traditional tobacco cigarettes. THIS IS A DISASTER, as the general public believes that ecigs are just as bad as cigarettes here in Minnesota.

While it is terrific that more and more vapor retailers are joining in monetary support of our lobbying organization, they must not allow themselves to think that paying their dues is enough. Vapor retailers must fight harder than ever to get the word out to their customers, the general public and most importantly their legislators about the good news of vaping. Retailers have to be the ones to do the dirty work of presenting viable evidence of the benefits over smoking to those who have control over the legality of their own business.

We are on the verge of either a huge breakthrough for the lives of smokers in the U.S., or on the brink of complete and utter disaster. This disaster will happen here, and in other countries, if the retailers do not take the responsibility to expose the difference, the miracle, of vaping over smoking to those who could not previously fathom a world where consumers created their own solution to the tobacco smoking epidemic. 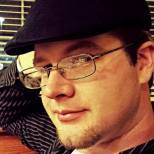 2 thoughts on “Vapemail from Minnesota, USA”